I participated in Life of Wine 2021, the event of the covid green pass with mandatory reservation. Despite the signs of the pandemic, the protagonist of the event was wine, the wine as it evolves over time, the real focus of this beautiful event.

I really appreciated the vertical tasting of four vintages of Sergioveto, one of the iconic wines of “Rocca delle Macìe”, a Chianti Classico winery owned by the Zingarelli family. A bit of history that lasted for almost half a century, since Italo Zingarelli, the well-known movies producer, bought the “Tenuta Le Macìe” in Castellina in Chianti to start producing wine in this area.

In the beginning, the cellar owned 93 hectares, today there are 500 hectares, with over 200 of them being used as vineyards.  There are six estates owned by the Winery: “Le Macìe”, “Sant’Alfonso”, ”Riserva di Fizzano” and “Le Tavolelle” in the Chianti Classico region; “Campomaccione” and “Casamaria” in Maremma, in the Morellino di Scansano region.

Sergioveto, whose production began in 1985, is a tribute to the name of “Sergio Zingarelli” in the year he joined the company alongside his father Italo. But it is also a tribute to Sangioveto, the ancient name of the Sangiovese grape, chosen as the main variety for the blend, today the only one left. The grapes come from the “Pian della Casina” vineyard in Tenuta Le Macìe, on soil, rather sandy and rich in limestone. A particularly suitable area forthe cultivation of the vine, that guarantees wines with unique organoleptic characteristics.

Since the creation of Sergioveto and for almost thirty years, the noble native grape variety has been blended with 20% cabernet sauvignon and merlot. The grapes were vinified separately with a skin maceration for about 15 days. The wine, when the fermentation process was completed, aged in French oak barriques for 10-12 months. After blending process, it matured for a further period in large barrels and then it spent at least one year in the bottle.

Today we no longer talk about Supertuscan, as the wine has been included in the Chianti Classico appellation and is produced with 100% Sangiovese. After fermentation, the ageing of Sergioveto involves 24-months spent in French oak barrels of 25-35 hl, in addition to at least 12 months in the bottle.

I was talking about the vertical tasting of four vintages: 2016, 2010, 1999 and 1990. Besides the favorable climatic trend, the common characteristics are the important structure of the wine, the elegance and the pleasantness of the drink. Let’s see how it went.

The wine is a deep ruby colour. On the nose, it is pronounced, with aromas of red fruit in evidence, cherry liqueur andhints of raspberry. The aromas then evolve to hints of violet, forest foor, vanilla, cloves, black pepper sprinklings, blonde tobacco and roasted coffee in the background. On the palate, the wine is austere, pronounced and very fresh, but also really mineral, with medium tannins and still has a dynamic balance with a good aromatic persistence. The finish is characterised by liquorice, fruity and toasted after-flavours.

This wine is very lively ruby red colour with garnet glows. On the nose, it has intense and persistent aromas, of warm and charming black cherry, plum and cassis, berry jam, followed by balsamic and spicy wood notes, with a finish of leather and blonde tobacco that makes the bouquet smoother. On the palate the wine shows a beautiful tannic texture, a freshness that shows youth despite over a decade of the samples tasted. It has a good taste-olfactory persistence.

This is a wonderful wine from a great vintage. Surprisingly, the wine has a prevalent ruby color, the sign of an unexpected youthness. On the nose, the wine charms you thanks to nuances of black cherry, leather, hints of chocolatey and blonde tobacco. Cabernet Sauvignon gives nice balsamic, peppery and minty notes to the wine that explode in the glass after a few seconds of contact with air. The olfactory spectrum is wonderful and preludes to a dynamic sip, which isalmost balanced. The wine has nearly reach the harmony, it changes in the glass as time passes and sometimes gives austere sensations, or on the contrary sweet vibes. This is a monumental wine.

The wine is a garnet colour with ruby glows. On the nose, it confirms a pronounced intensity with some typical aromas, due to the aging of Sangiovese. There are also hints of sweet spices likevanilla, nutmeg, then toasted and balsamic aromas that slowly give way to fruitier notes of black cherry jam. On the mouth, it has an important glyceric softness, silky tannins prevailing over acidity, but still perceptible. This is a balanced wine in its full maturity and it is very pleasant.

This was a great vertical tasting, and a great sensory experience. I would like to know how the other vintages of this great wine, not included in this tasting, will behave. 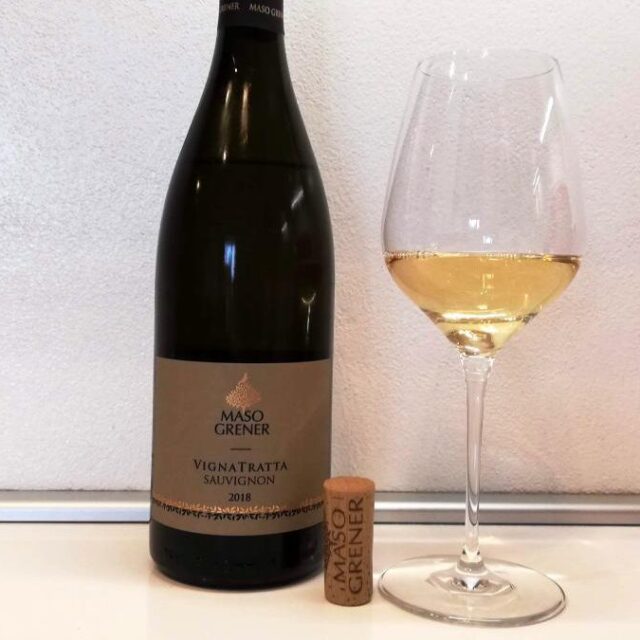 Maso Grener: Chardonnay from the mountains

Vertical of Montefalco Rosso Riserva di Antonelli, the other Montefalco